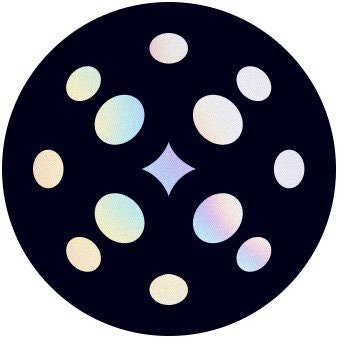 Disco District is a proof of concept by Disco and District Labs that allows your to use your off-chain identity to gain access to mint an on-chain NFT. Head to disco.districtlabs.com to check it out!

Web3 is bumping up against a glass ceiling of utility. DAOs struggle to coordinate to solve problems beyond capital allocation. NFT artists have few means to identify true fans from speculators and bot. DeFi products are reaching the limits of financial engineering. And many of the other often touted blockchain use cases in supply chain, media, social networking and beyond have failed to take root. The underlying problem that connects each of the hurdles that these usecases face is - you guessed it - identity.

To be more specific, it is the lack of identity (and reputation) that plague the Web3 space and prevent it from reaching its full potential. This is because of two properties of public blockchain systems like Ethereum. The first is that smart contracts can only see data that is on-chain. The other is that things that are put on-chain are public. This means that to put something on-chain so a single smart contract can see it means making that data public, for all, to everyone else as well. Of course there are some strategies that employ zero-knowledge proofs but this introduces other complexities and limitations (read more about that here from our partners at District Labs). But what if we could just not put the data on-chain at all? Enter Disco District.

A Bridge Between Two Worlds

The goal of Disco District is to allow someone to prove something about themselves off-chain to get access to do something on-chain. To do this, Disco makes use of our two favorite crypto primitives: Decentralized Identifiers and Verifiable Credentials. As a quick refresher, Decentralized Identifiers (DIDs) are identifiers that you own and that you can use to represent yourself throughout the internet. Verifiable Credentials are bits of data about you that others can sign with their DID and issue to your DID. This allows you to carry signed statements (like the fact that you are a member of a DAO, attended a conference, etc) from application to application. These VCs seem like the perfect vehicle for allowing to prove something about yourself so that you could interact with an on-chain application!

With Disco District, that’s exactly what we did. We partnered with District Labs to push forward what can be done with smart contracts and privacy preservation. District Labs has been pioneering work on access controls based on the Delegatable Framework. Together we built proof of concept that will allow a user to mint a limited edition Disco District NFT but only if they can provide a Disconaut Verifiable Credential.

Disconaut credentials are issued to all users of Disco when they complete onboarding. Once a user has this credential and has made it public on their Disco profile, they can head to disco.districtlabs.com and connect their wallet. Upon their wallet connection, Disco District calls Disco’s API to retrieve the credentials associated with the user’s Ethereum address. Disco District then verifies the cryptography and content of the Disconaut credential using a TrustAnchorGateway. The user is then passed a small piece of data in the form of a cryptographic signature that they need to be able to call the NFT contract on-chain. The user can now mint a Disco District NFT!

The Shape of Things to Come

Disco District, at its heart, is exceedingly simple and that is the best part about it. The simple process of using a TrustAnchorGateway to verify someone’s credentials so that they can be granted permission to access a smart contract can be extended to an unlimited number of use cases. This process will enable Web3 musicians limit their NFT drops to only fans that can prove they have attended a live show, or allow university to gate a DeFi pool to just their alumni, and also allow DAOs to give force multipliers to members that can prove their contributions to the DAO during their on-chain voting.

All of this can be done while preserving user privacy, and that is a big deal. Nobody should be put in the position of having to expose parts of themselves they don’t wish to in order to access goods and services that don’t actually require that exposure. This is the principle of data minimization and it is key to Web3 being a safer and better version of the internet that has come before it. The future of Disco District, and things like it, can take us even further into privacy preservation while simultaneously enhancing user experience and application.

This is just the beginning when it comes to exploring the frontier of using off-chain data with on-chain logic. Other technologies such as meta-transactions, burner wallets, and zero-knowledge proofs can be used in conjunction with Verifiable Credentials and TrustAnchorGateways to further extend the user experience and privacy for users and apps alike. We plan to explore those topics and more in the future with the next version of Disco District. In the meantime, please check out our awesome partners over at District Labs and read more about the work they did to bring Disco District to life here.

See you on the dancefloor!